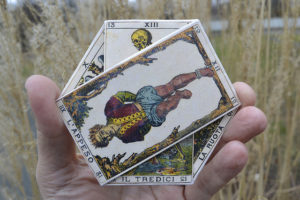 Never the Muse is absent
from their ways: lyres clash and flutes cry
and everywhere maiden choruses whirling.
Neither disease nor bitter old age is mixed
in their sacred blood; far from labour and battle they live.
– Pindar, Tenth Pythian Ode; translated by Richmond Lattimore.

There is a land lost to history, slipping between the cracks and into the depths of mind’s dark seas. An island citadel surrounded by roaring waves and girded by sea-serpents; an Otherland of dark forests and hoary stones raised for mysterious purposes.  Ancient kings and mad wizards rub shoulders with outlaws who live like wolves, and horned warriors dance amidst rumbling storms as ancient long-barrows glow with weird and eldritch light.

Old gods linger at the crossing places and wild hunts careen howling across skies, all made of smoke and fury, while wise women stir cauldrons and fey folk emerge from hiding to play amidst the green. Mighty armies clash in battle, blood staining the hungry soil – earth now black with age and power as dragons coil about the hills and turn lazily in sleep, half closed-eyes burning with the light of the noonday sun.

Bottomless lakes and rushing rivers open their mouths to welcome wave after wave of newcomers, swallowing them up and softening their bones with moss and leaf-mould, nourishing ancient trees long gnarled with age. Deep holes are filled with metal blood and shining veins, their darkness anything but silent as subterranean spirits whistle and knock in the caverns of the deep below.

On the fringes of the world, at the edge of all things it lies – all unyielding. From the isle’s heart bubbles up a freezing  draught so fierce in its bite that it stops the breath, and sends one down amongst the dead to learn their tales and their songs.

To some a sangraal, to others a cauldron and many more things besides, here and now we give it a name thick with meaning:

From this seed, this thing of root and branch comes a cold conception; a birthing nourished through the ages and aeons before language. Fetched forth from deep chthonic spaces, emerging through the labyrinthine pathways of the mind as a primeval force only discernible by obliqueness, by poetry, song and story.

It is a cold thing precisely because it can only be seen by absence; as temperature is measured in terms of heat, so coldness is only shown by its relation to heat. Yet anyone who has ever felt the cold knows that it is a thing in and of itself, alive and with its own agenda.

So it is with COLD ALBION, a kind of silent monolith amidst roaring seas of dream. It lives and breathes, populated with those things half-seen out of the corner of the eye, irrational and wild. If it has a language, then that speech is black and made of the tongues of birds, the whisper of the wind in the trees, the rushing of rivers and the howls and hoots of beasts. The slow creaking of mountains and the roar of waves against jagged rock is its tone of voice. Its secret names are written in the curtains of rain and iron-grey skies, in the damp green of leaf and thorns hungry for blood; the granite thrust up to break the surface in times long gone is abruptly revealed – born from the broken skin of sleeping giants.

From that wellspring come the weird words; the freezing waters which excite and chill – sending shivers up the spine, shocking us from the everyday. If the primeval tongue be unspoken and occult – hidden from normal eyes – then what are we left with except for the words which reveal it, and in some way become suffused with it?

Ordinary language becomes dismembered and rendered extra-ordinary – the evocative power of the sorcerer-poet in every word; the deep reflexes hidden inside humanity stimulated by a word or phrase. Stories, narratives, all born of those deep places from before ‘human’ existed.

COLD ALBION is indescribable and indirect. Its shape and borders are inviolate because they are incomprehensibly vast and small enough to be encountered through two words. Additionally, it is capable of sustaining myriad interpretations, and this means that it generates those interpretations on contact!

Its kiss against your mind is almost imperceptible, the seeds nestling there, passing all unremarked. Each movement engenders more, until their absence is keenly, terribly felt. Because of this, because of the fact that a hunger has awakened, is it it any wonder that you greedily accept it deeper into yourselves, as it alternately soothes and excites the craving?

Each mind that touches it may find itself co-opted, colonized and reawakened to the strange vitality which rests sleeping beneath the human world.

COLD ALBION is the land of the witch, the warlock, the werewolf and the giant. These were never human, always and ever something else. It is a land of “Once Upon A Time.” A land which exists in parallel to the human, and must do so because any other alternative is unthinkable, because otherwise it, and more importantly Them are already here and always have been.

But for those of us who draw draw strength and inspiration from such things, and have noticed that strangeness goes hand in hand with the impossible, we experience a fierce joy and exultation.  Soaring as eagles, with shining heads and gleaming feathers, we burrow into secret places, wiser than serpents and nine times more venomous than wyrms.

Let us be clear as crystal, and twice as cold:

COLD ALBION is not within the lands of humankind. It is unbound and uncompromising, beyond any map or territory. Its vitality is incomparable and peerless, and those that feast upon its flesh and drink its mead are forever changed into things made hoary with newness.

To all but a few they appear inhuman and insatiable, inexorable and severe in focus. Are you aware, do you recall those times when some instinct screamed from a million years ago? When some familiar thing in life became strange and the unease that wrought upon you then, and now – as you realize slowly that you comprehend the implications of these words.

Or as it seizes you suddenly in daily life, when next you look in a mirror or taste the bitter tang, you are drawn back to the moment of understanding. It comes like a lightning flash, spoken in the voice behind the blackest of thunder as the wind howls and the rain lashes down, as the sun beats on your flesh or the cold begins to creep inside your bones and chill your skin.

When the unaccountable dread arises from nowhere, you can allow yourself the last comfort, a final hope that exists only for a moment, before being swept away by a raging torrent bursting up from realms before language and thought were ever born:

“This cannot be happening to me.”